A brief history of meetings | Doodle 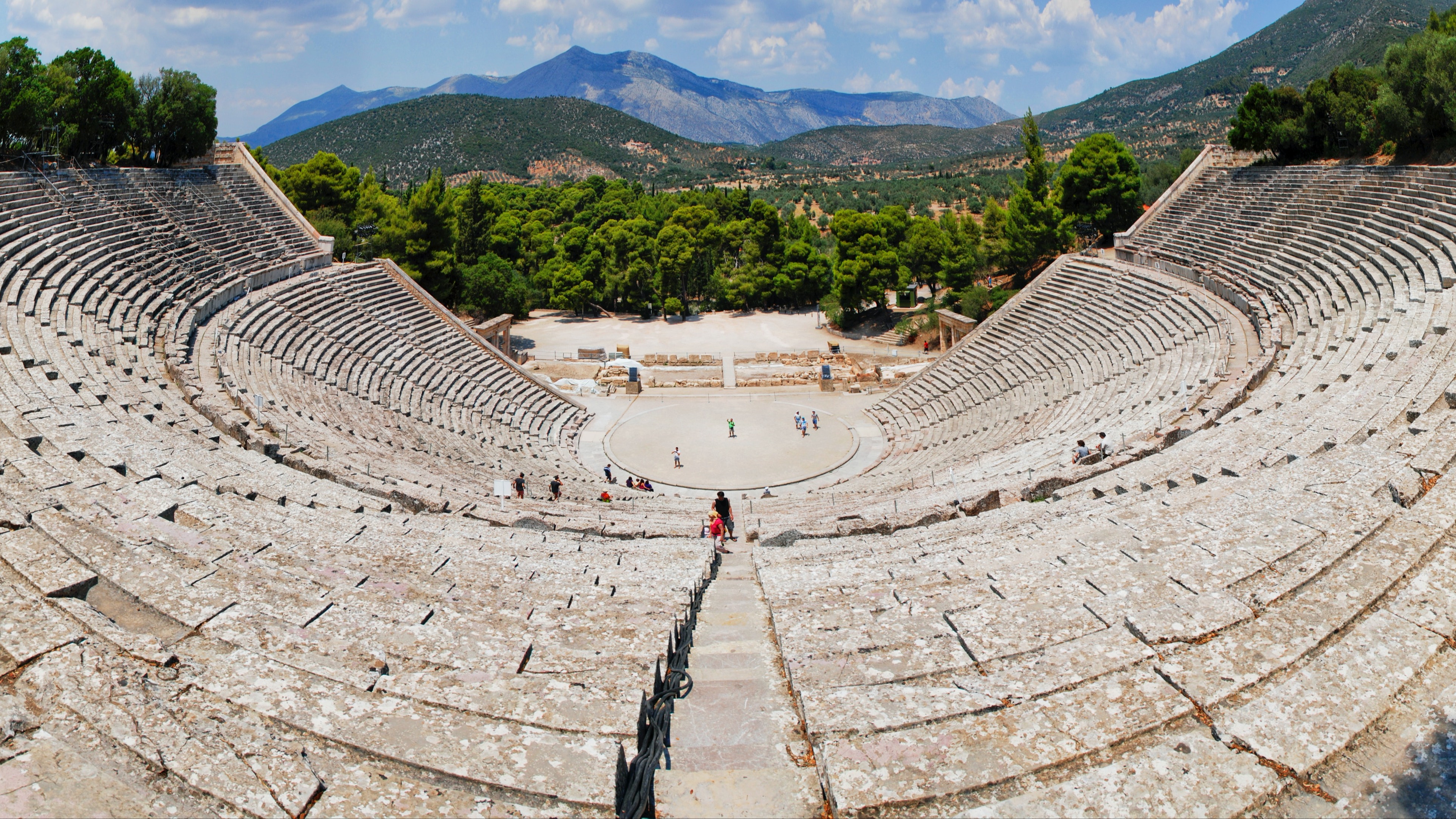 We all have them everyday.

Sometimes it can take the shape of a morning standup, discussing today’s agenda. It can simply be lunch with old friends. Or it could be sitting down with the CEO of the company you hope to get that new job with.

Meetings are a common element that are woven into every human life. So, it can be hard to define the origin of where the meeting comes from. However, we can track down how the importance of the meeting grew throughout history and how they got their structure.

From the moment humans began to civilize and form villages more than 12,000 years ago (and even before this), we know that meetings would have taken place.

However, Ancient Greece is always a good place to start to find out how the idea of the modern meeting took shape.

The Ancient Greeks came up with a few things that we take for granted in the modern world. 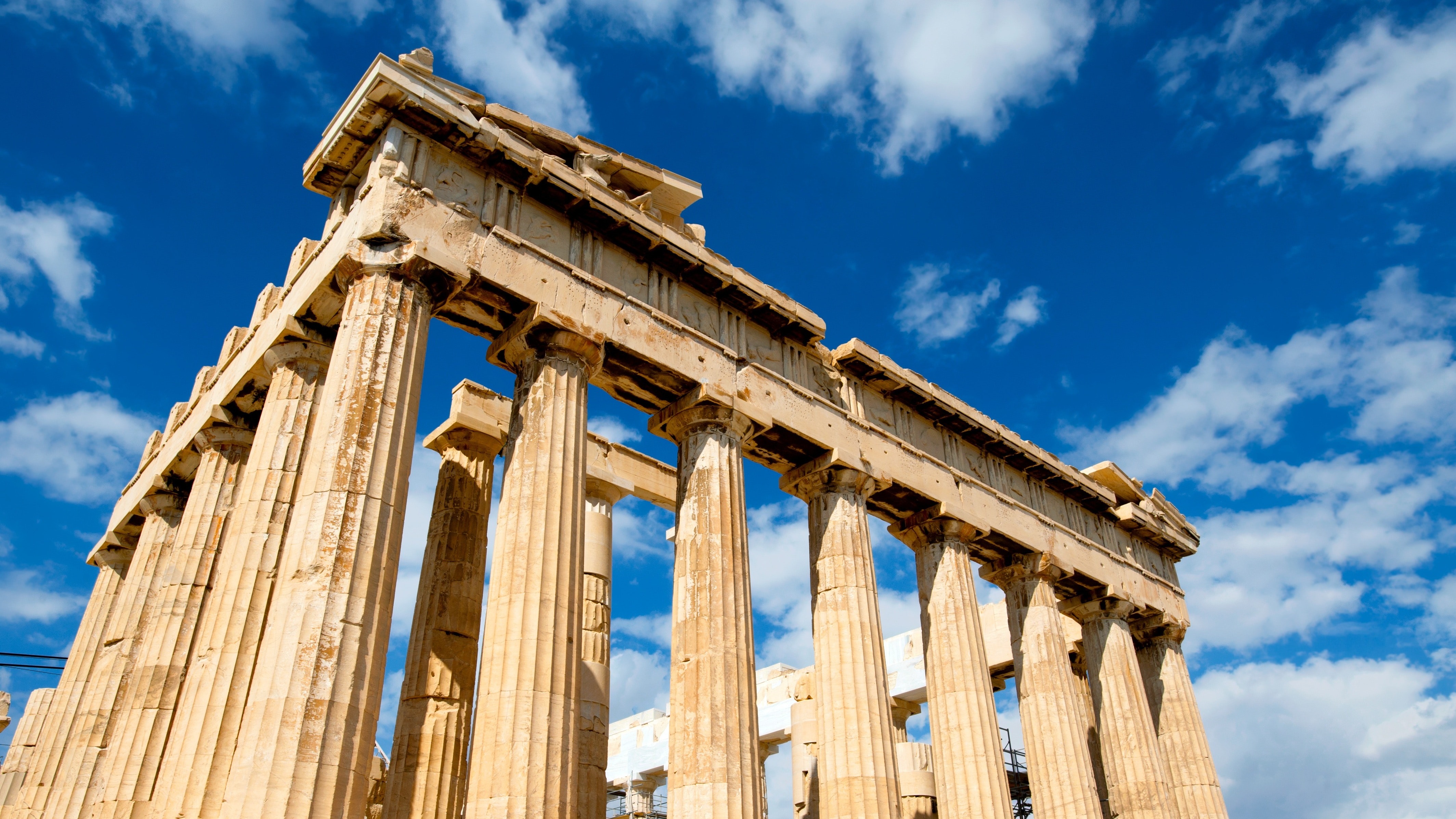 Actually not just a few: democracy, the alarm clock, the Olympic Games, modern mathematics, medicine, the catapult and the vending machine. And many, many more things…Basically, the fact that the Ancient Greeks invented a form of the meeting comes as no surprise.

Ancient Greeks invented the Agora, which was a space set aside and used to conduct meetings. In this area, often in the center of town, politics was discussed, business was conducted, philosophy was stewed over by the great minds of the day and the performers would, er well, I guess, perform.

This space became the birthplace of the modern meeting and the rules and the structure that we associate with meetings today can be traced back to how the Greeks would meet.

Next up, the Romans! The empire builders had a say in advancing the shape of the meeting and also (if you live in Europe) they probably made the road that helps you get to your meeting.

The Agora turned into the Roman forum, which is still a word used today often as a virtual space for people to meet and discuss a topic.

Roman’s developed rules of etiquette in meetings that still stand today. The Curia was developed, an area where Senators would sit and discuss the politics of the day and pass laws over the Roman public. 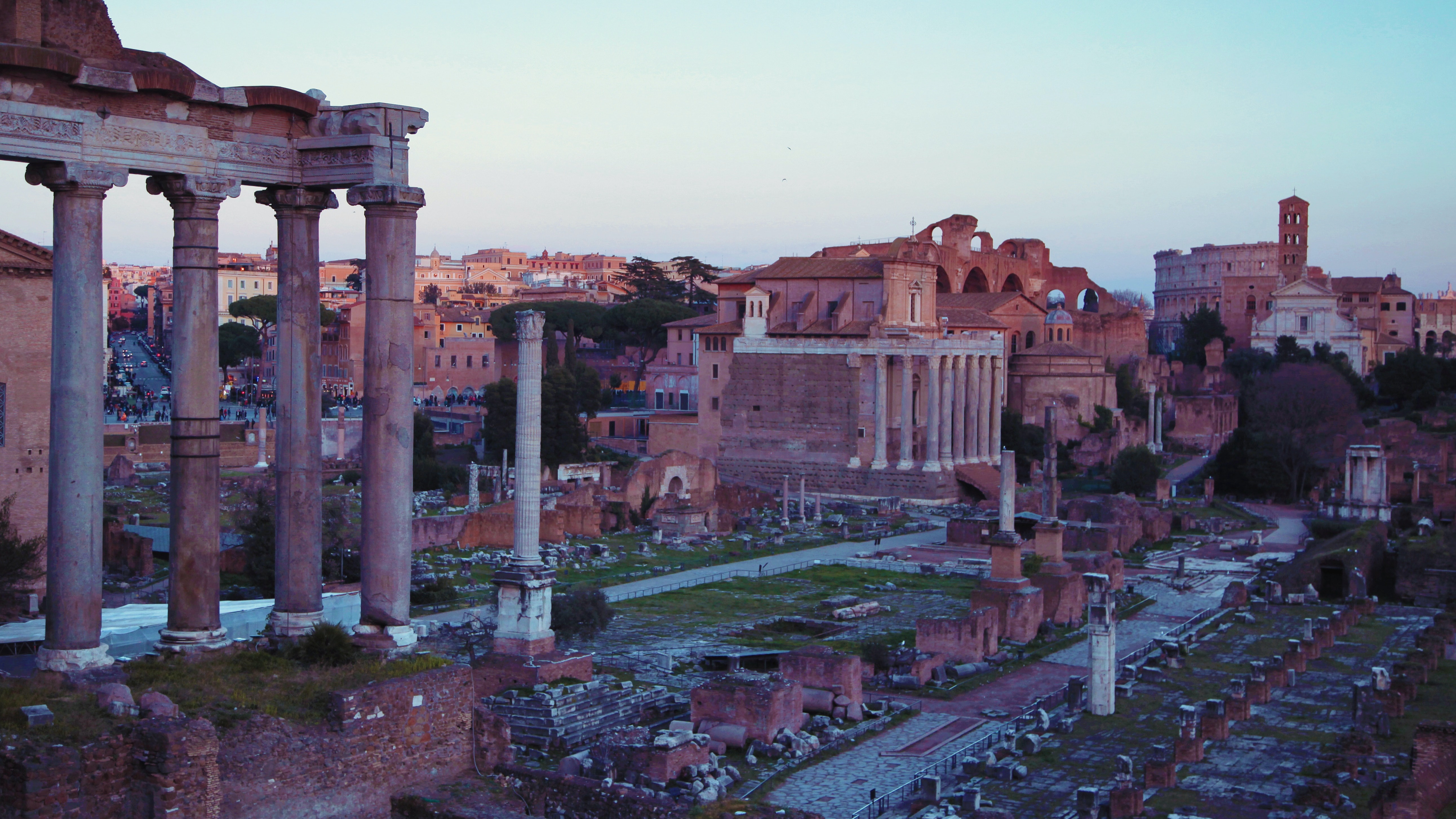 Like a modern day agenda to a meeting, there would be an order to the proceedings and voting could take place at the end to reach an agreement. This format reflects how we see many modern parliaments and governments work and this task-based-structure to try and find a resolution would not look out of place in many business meetings we see held today.

The rise of the office

As the 20th century began, the office became a culturally significant spot. Urbanization had already taken hold and brought a lot of the population of the world into cities for work, rather than living rurally.

Advancements in architecture also brought around new spaces for offices. The invention of the gearless, electric lift set the foundation for skyscraper offices. Skylines across the world began to drastically change. 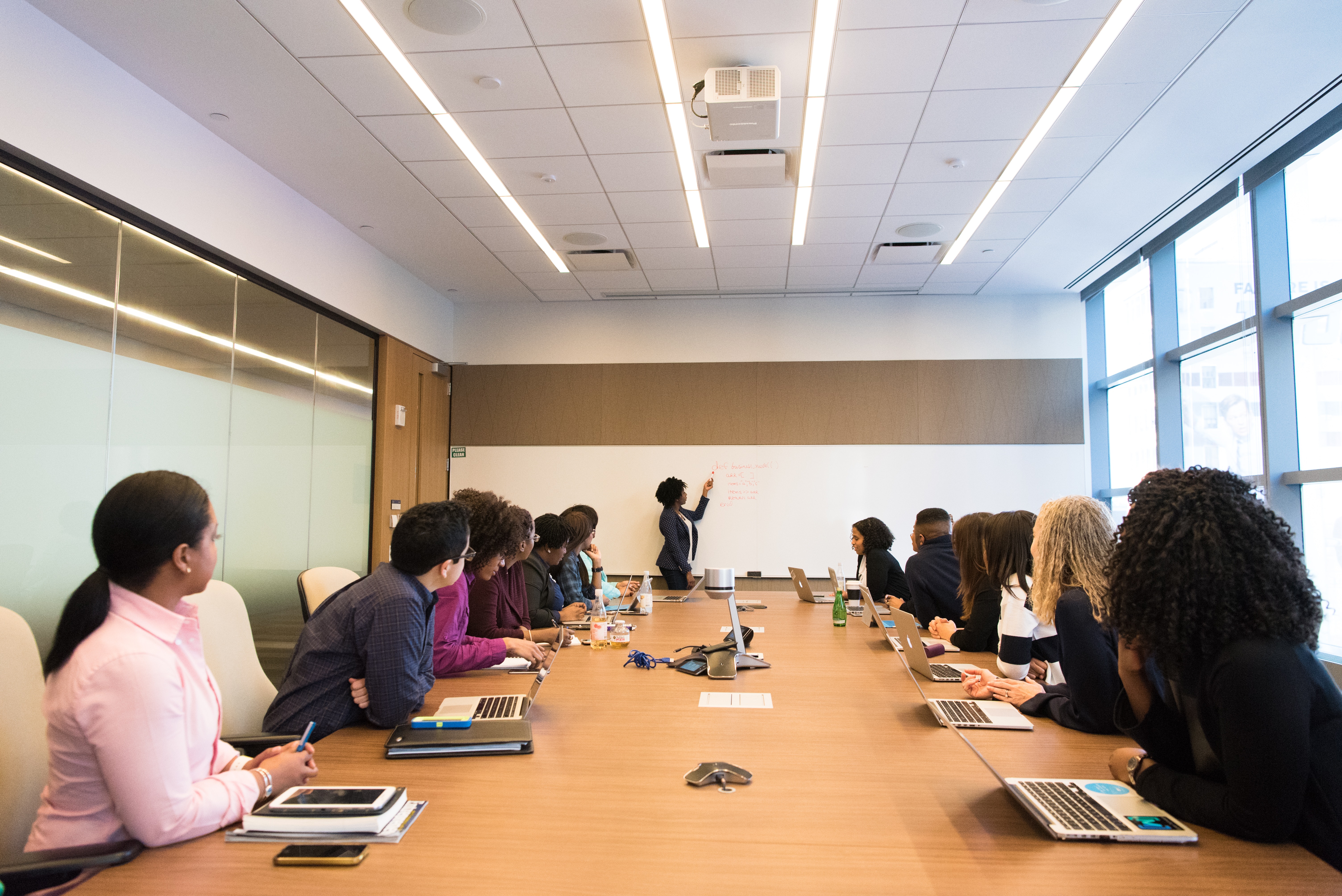 And the office meant meetings.

Large boardrooms with long tables and many chairs were created to accommodate important work meetings and sculpted the very idea that pops into our heads when someone mentions a meeting.

Meetings in these large office buildings often followed a hierarchical, agenda-led structure that would not be out of place in Ancient Rome.

Before the availability of technology and the necessity of the pandemic forced there to be a re-think, it is estimated that 90,000 hours of your life could be spent in the office.

Technology has helped to develop, disrupt and reshape the way meetings happen. In 2022, it is common to login into a meeting from any corner of the world. This step has also dismantled normal work spaces. Until only a few years ago, offices have been influenced by the Ancient Greek way of designing a space specifically for meetings. 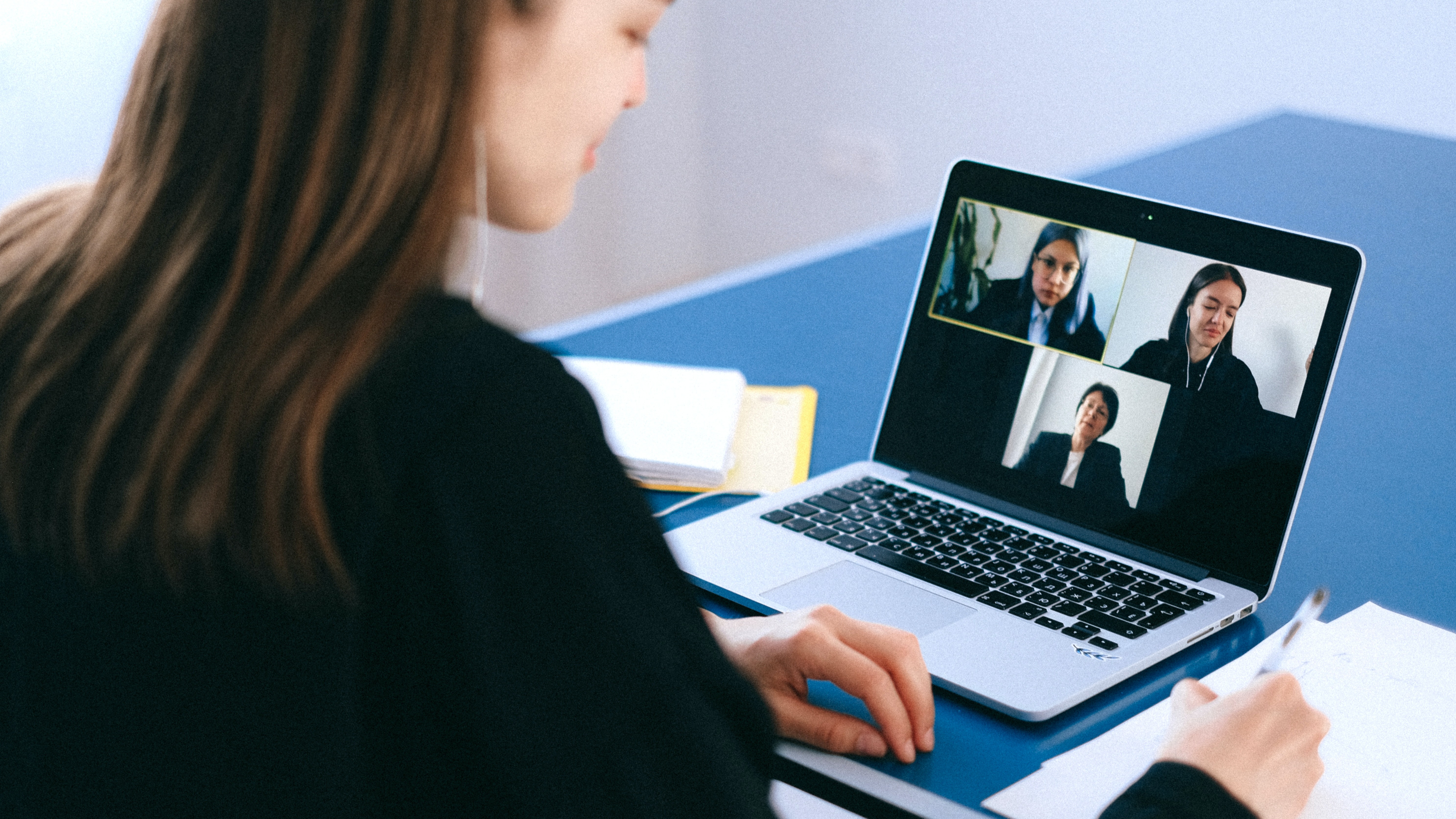 Now, with the help of the internet, meetings can happen anywhere and at any time.

The non-physical nature of the meetings has also had an influence on the structure. Employees now have to use virtual signs to raise their hand to make a point, collaborate on projects digitally and share their screens to demonstrate their progress.

Even through periods of technological, architectural, philosophical and political change, the basic rules and structure of the meeting have remained similar. The modern video call meeting of today may look entirely different to the gatherings of Ancient Greece but the core principles of sharing ideas remains the same.

Since we’re talking about meetings, did you know you can automate your day in just a few clicks with Doodle? Organize your meetings and save time with Doodle today.